Birds of Fall & How to Feed Them

WE CANNOT TAKE IN BIRDS AT THE STORE! 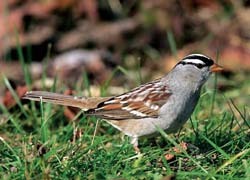 White-crowned Sparrows are primarily ground feeders though they occasionally come up to seed tubes and tray feeders. They eat millet, sunflower found in our No Mess, White Deluxe, and Deluxe Seed blends, and occasionally meal worms and suet such as Bark Butter. Listen for their melodic song during the Fall and Winter. Instead of black and white stripes on the head like the adults, juveniles have reddish brown with tan stripes on the head. Look for them  in open grassy areas and near trees and shrubs on the ground. Here at the store they feed on any No Mess Blend that has fallen to the ground as well as Bark Butter that we spread on the tree for them. They have taken live meal worms as well on occasion. 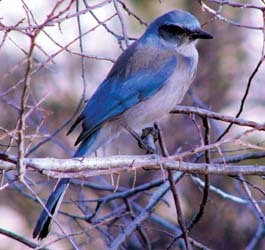 Western Scrub-Jays are possible in our Southern California backyards year round. Those who get them during the Spring get to see their growing families. They may stay in their breeding area or move out in search of food during the Fall and Winter months. Scrub Jays will feed on the ground or any tray or hopper feeder, seed  cylinder and seed tube feeders as long as there's room to perch. They love unsalted peanuts in shell and will often be seen in search for the 'Perfect Peanut' where they will pick up and test out almost every peanut before flying off to stash   said peanut,  like Easter eggs, in a hiding place to eat later. They also like sunflower, suet, meal worms, and occasionally peanut out of shell. We have had success feeding jays peanuts in shell in a tray or Peanut Hut or Wreath Feeder, through  loose seed on tray feeders with our No Mess or Choice Plus Seed Blends, and offering Bark Butter bits in tray feeders. 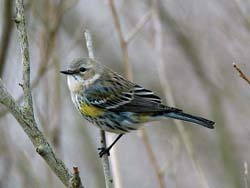 Yellow-rumped Warblers are more often heard than seen in the Fall and Winter Months. They are usually seen alone gleaning insects off trees & shrubs and  sometimes seen eating small berries. One can attract these warblers by offering suet such as Naturally Nuts or Bark Butter cylinders in our suet cake and cylinder feeders. Spreadable Bark Butter can be offered with a Bark Butter feeder,  spread on a tree, or Suet/Seed Cylinder. Live meal worms are also welcome in  dish feeders.  Here at the store we spread Bark Butter on the tree and they come  and work on it throughout the day. 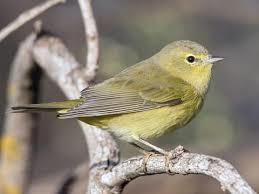 Like the Yellow-rumped Warbler, the Orange-crowned Warbler eats insects and small berries though they are  occasionally seen drinking nectar out of  hummingbird feeders. They are often mistaken for female Hooded Orioles or Tanagers. 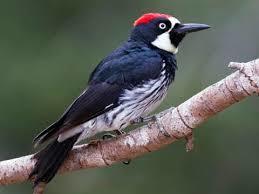 Down in the valleys of Southern California several species of Woodpeckers breed during the Spring and Summer. These include the Nuttall's, Acorn, and Occasionally Ladder-back Woodpecker. During the Fall and Winter more mountainous species such as the Downy & Hairy Woodpeckers, Northern Flicker, and Red-naped Sapsucker come down into the valleys  in search for food during the cool months. Woodpeckers, Sapsuckers, and Flickers eat various nuts, sunflower, suet, insects, and occasionally fruit or flower nectar. You can attract them if they are in your area by offering suet in cake, cylinder, or spreadable Bark Butter form with suet cake and cylinder feeders. They will also come to any seed cylinder, seed tube, tray, or meal worm feeders. Some great options are our No-Mess, Choice Plus, & Supreme  Seed Blends, No-Mess, Cranberry, Bugs Nuts & Fruit, Woodpecker, and Supreme Seed Cylinders. Seed and Suet cakes are available as well.  During the Fall and Winter we get frequent reports of them visiting hummingbird feeders to drink nectar. 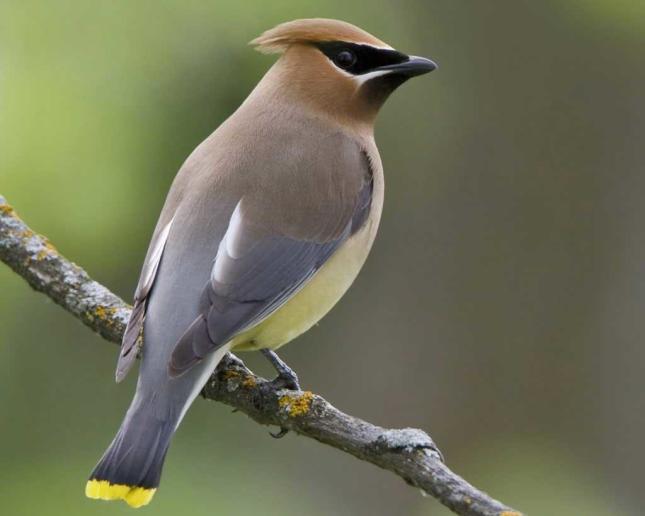 Cedar Waxwings form Fall foraging groups that roam wintering areas in search of small berries and water. They are rarely seen at bird feeders but will visit bird baths when they come through. Here at the store they visit out outer birdbath on occasion. Moving water with a Water Wiggler or Solar Bubblers are more attractive to birds passing through than stagnant water. 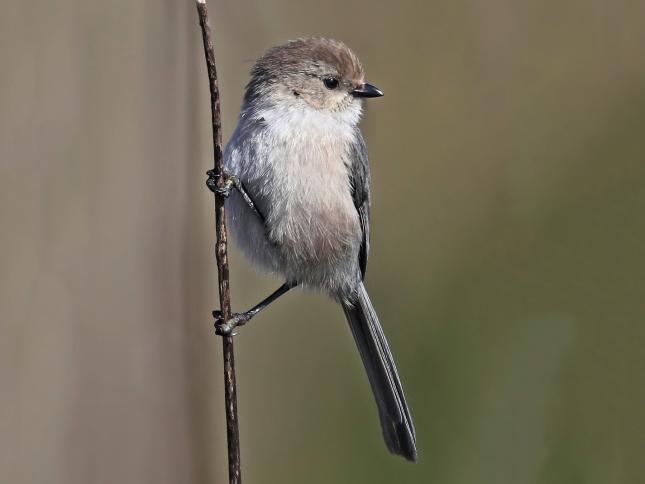 Bushtits are small mousy grey birds that form large foraging flocks during  the Fall and Winter in search of small insects in shrubs and trees.  Though very uncommon at feeders they have been known to come to suet feeders  with suet cakes or Bark Butter and occasionally seed cylinder feeders with Supreme, No Mess, Cranberry, or Woodpecker seed cylinders. They may      come to peanut  out of shell offered in sunflower feeders as well. 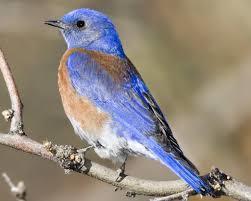 Western Bluebirds are possible year round in Southern California though they may breed in one area while wintering in another. Bluebirds typically eat insects and small berries. In backyards, they frequent bird baths, live meal worms offered in meal worm feeders, and sometimes suet offered in cake, cylinder, or spreadable form such as our Spreadable Bark Butter, Bark Butter Bits,  Nuggets, stackables, and cylinders. Some great feeders to offer these foods include the Dinner Bell, suet cake feeder, and seed cylinder feeders.